Behavioral economics is a field that seeks to understand how people make decisions about things they want and need. The field relies on a collection of theories—models—that predict how people will make choices in a variety of situations. A well-known example of an economics model is supply and demand, which predicts how much a good will cost depending on how much of it people are willing to buy and sell at different prices.

Economists also use models to predict people's choices, and these models are based on seemingly reasonable principles of choice. One principle, known as transitivity, says that if, for example, a person prefers tacos over hamburgers and prefers hamburgers over hot dogs, they will then pick tacos if asked to choose between tacos and hot dogs. Behavioral economists study these principles of choices (called "axioms") and how they combine to produce a model of human decision making.

There is a problem though. People do not always behave in the way these theories predict they will. When people do not behave according to an economic theory, economists have tended to assume the theory is bad and should be reconsidered. But a new paper by Kirby Nielsen, assistant professor of economics at Caltech and William H. Hurt Scholar, proposes a simpler explanation: sometimes people just make mistakes.

"It turns out that people tend to violate even very simple principles, and there's lots of different reasons why," Nielsen says. "The way that research has typically interpreted this is that something about the model is wrong. So then the question is, 'What are we getting wrong? And can we make a new model that captures whatever it is that people are doing instead?' And then we get to start all over with the new model."

The assumption is that if a person's behavior does not follow a model, it is because they do not like the model and do not want to follow it. So, if a person violates transitivity and chooses hot dogs over tacos, even though their other choices suggest they like tacos best, researchers will say that maybe transitivity just does not explain human behavior well. But, Nielsen says, sometimes when people violate a model, and you point it out to them, they will tell you they made a mistake and would have preferred to make a decision that followed the model.

"Maybe they didn't make their decision according to what the model would say to do, but maybe they would rather have," she says. "So maybe they violated this principle called transitivity, but they just didn't realize that they were doing it."

In a new paper, Nielsen explores people's propensity for mistakenly violating economic models through a series of experiments that are designed to suss out these kinds of errors.

Nielsen and her co-author, John Rehbeck of Ohio State University, tested an economic principle known as independence, which is a bit more complicated and harder to understand than picking tacos over hamburgers and hot dogs.

"In this experiment, we ask people about a general principle like, 'Hey, do you think this principle of independence makes sense in your decisions?'" she continues. "And most people say yes, but then we give them a situation like this and they choose McDonalds. However, when you point this out to them, they change their decisions and choose the French restaurant instead.

"When we ask people why, it's not that they say, 'I have no idea what was going on in this experiment.' They say, 'I didn't realize that these choices were inconsistent with the principle, but this is a good principle and I don't want to violate it. I want to change my choices.'" So it's not that people don't like this model. They actually really do like the model, but they made a mistake."

As is the case with a lot of behavioral economics research, the experiments in this study used what are called lotteries. These are not lotteries in the Powerball sense, but they do offer participants the chance to win money depending on the choices they make, with the money incentivizing them to make an effort to choose correctly.

Nielsen says their findings suggest the field might need a bit of a paradigm shift in how it thinks about the roles of these models in human decision-making.

"As economists, we rely on what's called revealed preferences, which means, 'I choose what I prefer,'" she says. "If I watch you, and you go to the store and you pick apples instead of oranges, the revealed preference argument is that you prefer apples to oranges. It's a very simple concept. Now, if we come along and say, 'Oh, you actually just made a mistake. You actually like oranges more than apples,' that sounds crazy. So, on some level it's like, 'Well, if we can't rely on people's choices to tell us what they prefer, what do we do now?' Now we need to think about not just what people choose but also about the principles they like and the mistakes that they make."

The paper describing the research, titled, "When Choices Are Mistakes," appears in the July issue of the journal American Economic Review. 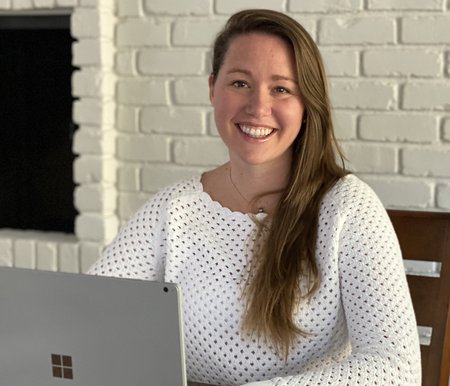