Tracy Dennison, professor of social science history, has been named as the new Ronald and Maxine Linde Leadership Chair of the Division of the Humanities and Social Sciences (HSS), succeeding outgoing chair Jean-Laurent Rosenthal (PhD '88), the Rea A. and Lela G. Axline Professor of Business Economics, who has led the division since 2014. Rosenthal will continue as chair until Dennison's term begins on October 1.

"HSS has been my intellectual home for 15 years now, and the ideal place to carry out research that sits at the intersection of humanities and the social sciences. I'm delighted to have the opportunity to serve as chair and to help shape the future of this group," Dennison says. "I'm grateful to Jean-Laurent for his leadership over the past 8 years­—especially for his steady guidance through the pandemic—and look forward to working with my colleagues to build on his successes and ensure that HSS continues to thrive."

During its eight years with Rosenthal at its helm, HSS, among other achievements, celebrated its 50th anniversary, expanded the reach of The Ronald and Maxine Linde Institute of Economic and Management Sciences with the addition of the Center for Social Information Sciences (CSIS) and Center for Theoretical and Experimental Social Sciences (CTESS), established a new program and undergraduate minor in visual culture as well as the Research Institute for the History of Science and Technology at Caltech and The Huntington (RIHST), organized the HSS-affiliated T&C Chen Center for Social and Decision Neuroscience as part of the Tianqiao and Chrissy Chen Institute for Neuroscience at Caltech, and significantly increased the division's graduate fellowship and postdoctoral instructorship opportunities.

"It has been an honor to serve as chair of HSS these past eight years. I am particularly grateful for the enormous amount of support that so many members of the Division have offered. Because universities are dynamic, new challenges and opportunities emerge daily. To have been able to help our community of discovery take on the challenges and embrace the opportunities has been rare privilege," Rosenthal says.

Rosenthal adds that Dennison, whose research examines how economic systems, societal rules, and institutions like states interact to affect the everyday lives of people, is "the ideal person to take up the mantle of leadership in HSS."

"Her training as a humanist and her research in social science history puts Tracy at the true intersection of the division," he says. "She is a distinguished scholar of European demography and Russian serfdom. A pragmatist and an empiricist, Tracy continues the great tradition of division chairs who pursue new pathways for HSS scholars to succeed."

Her book, The Institutional Framework of Russian Serfdom, won the Henry A. Wallace Prize for Best Book in Non-U.S. Agricultural History, the W. Bruce Lincoln Prize for Best First Monograph, and the Economic History Society Prize for Best First Monograph. Dennison was awarded a Humboldt Research Fellowship from the Alexander von Humboldt Foundation (Ludwig Maximilian University of Munich), and she was one of the first faculty to receive the Brass Division Award, established in 2015 to honor service to the HSS division and excellence in teaching. 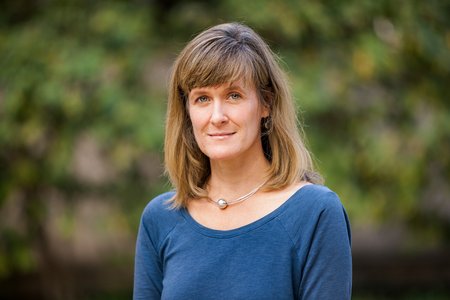